Three Strands of a Braided Cord by Dwayne Parsons

First, I give you this short story to make my point: This fictional account could take place anywhere in the free world where family relationships are in place.

“Grandma, look what I can do!” Young Johnnie is beaming with enthusiasm.

She smiles at her grandson, “Yes, what is it you can do, of which you are so proud?”

He takes a single strand of yarn, stretches it out at arm’s length between two clenched fists, relaxes the fiber slightly then snaps it beyond the stretch. It breaks.

“Oh my!” she exclaims, speaking of course in their native Hindi. “You are VERY strong, indeed!”

“Can you break it if it were two strands?” Her challenge is one of discernment and parental wisdom.

“Oh, sure, I think so,” whereupon he takes two more lengths of yarn, cuts them free separately with her scissors, and holds them proudly together at arm’s length once again. “Watch!”

He performs the same action, but falters and has to really put effort into his snapping trick. One, which is tauter than the other, breaks first; his next attempt breaks the other.

“Yes, you are very strong indeed! Can you do three?”

“Yes. To make it easier for you, let me first wind them together so that they are like one fiber.”

So, she cuts three strands of equal length for him and braids them into a single thin cord.

Johnnie takes the offering and stretches it out as before her, relaxes the cord then snaps it suddenly in the same way. But nothing breaks. He takes a breath of determination and tries again and then again but to no avail.

“I thought it might be. I don’t think I could break three strands woven together either. Do you know that it’s like that when working with others?”

“If you have something you can do by yourself, you may be able. But if it requires two people and one is weaker, it always takes more effort (and patience) to accomplish whatever the hard work may be.”

His dark eyebrows wrinkle with a slight expression of understanding.

“But three people can’t do anything?” he asks.

“No, three people can easily do much more than two if they are woven together properly. Breaking the strands is not the achievement; it is the failure of the group’s leadership. Where there were two, the weaker one broke first and the stronger one gave up on the pressure. The two strands could not hold together because they were not equally aligned; but if we add a third and wind them together, the result doesn’t break so easily, does it?”

“No, I see; the three could not be broken so easily because they were tightly woven together.”

“That’s right, Johnnie. You are very observant. Someday, you may lead many people in the accomplishment of great things.”

Don’t miss what I’m showing in this rather simple story.

The illustration is about perseverance, which is easier and more certain when you are bound together in a team of three or more. The better the braiding of relationships, the stronger the cord of commitment for everyone involved in the glue of effort, from the leader to the newest member(s).

The braiding of relationships makes it easier for everyone to learn, survive, encourage and accomplish even the most difficult challenges. 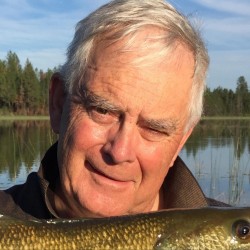 Dwayne Parsons
At 74, I’ve been through efforts of several leading and some waning network marketing efforts from which, in each case, that I probably didn’t belong in this incredible industry. Seemed I was destined to fail.

But failure is another word for quitting. I just gave up, like the weak single cord under pressure from Litti’s snap of grasping hands or even the second cord that broke because I lost hope because someone I thought important left.
That’s what gave rise in my heart to find the reason some succeed. The braiding of the cord illustrated in my short story could be more easily recognized as the “strength of leadership in the bonding of a team.” Call the intertwined braiding the act of duplication under the hand of accountability. And add loyalty of commitment as the tempering strength of the multiplied fiber.
So now for the rest of my bio:

I am a performing pianist, a virtuoso by the fact that I only play my own creations, without reading, often in a fever of energy inspired by my audience. I started playing piano at age 30. I struggled and failed and persevered through just about everything and at this old age I still perform with a lofty goal in mind. I’m not done yet.

One thing I’ve learned is: that you don’t go anywhere significant by yourself. It takes others.
I learned from piano to teach myself a successful street-to-commercial success as a photographer (never give up!) As a photographer for a Commercial Real Estate Magazine, I became editor when the other guy quit. The magazine died, but I’d made enough friends in the real estate world to become a publicist. That’s public relations that stayed part of my enterprising as I ventured into yet another Network Marketing Company, helping some of its leaders gain visibility. I saw and learned a lot.
At this juncture, I have published or participated at some level in a string of 17 books. I’ve been a ghostwriter, author, and editor to all of them and hold a marketing vision to reach the world at large in many languages with better, more helpful books to every culture that reads.
The best way is: don’t do it alone. Go with the best you can find, bond with them, truthfully (can’t fake the friendships of a bonded cord that will never break).

Venturing into this bold new world, I’ve aligned myself, by God’s grace, to the best source of network marketing information and people the planet has to offer: The Network Marketing Magazine you are reading right now.Publisher George Madiou and contributing writer, Russ Devan, are the fibers of my 3-strand, braided cord. We have the same vision. We are made of the same fiber and now woven, yes braided, together in a bond that will never break, never quit, with a vision of a wide-open field, the entire world at large.