Many of you probably read or heard about the newly passed Inflation Reduction Act.

I would bet, however, that you don’t know much about the provisions of this law. Accordingly, I thought I would give you a summary overview that we will expand upon in my detail in future webinars.

1> More money to the IRS. IRS has had a lot of additional missions over the years; yet, they have had much fewer staff to deal with this because of a hiring freeze. Finally, Congress gave them a substantial increase to hire new agents and especially to modernize their equipment. While this might result in some increase in audits for self-employed taxpayers, the majority of expected increased audits will affect large public corporations. Frankly, I think this is a good thing and very needed.

2> Pharmaceutical drug pricing negotiations: Finally, Medicare will have the ability to negotiate drug pricing with drug companies, which might reduce some drug costs. Sadly, this doesn’t apply to other private companies.

This could cost the government billions in future revenues from foreign sales.

Secondly, it requires two sets of computations in order to figure out what the corporate tax should be. It just makes things more complicated, which is something I never like.

> The new act increases the availability of tax credits and incentives for clean energy until 2025.  These include credits for solar and wind, alternative fuels, and important to you, credits for lower and middle-income buyers to bolster consumer demand for electric vehicles with a $4,000 incentive for used cars and up to $7,500 credit for new vehicles as well as incentives for battery production.

NOTE: There used to be a  cap on the credit for electric vehicles that was limited to only 200,000 vehicles per model. This limit was eliminated.  This buying electric cars or even those that use other forms of energy other than fossil fuel will be incentivized.  This credit only is available for electric vehicles costing less than $55,000 for new cars and $80,000 for SUVs and pickups. Thus, don’t get the top-of-the-line Tesla or you won’t qualify.

Next, in order to qualify, there is an important catch that you should know about:  to get full credit, the vehicle must be built in the US.  Basically, half the credit applies if the vehicle was built with materials extracted or processed in either the US or in a country that has a free trade agreement, while the other half of the credit would apply if the vehicle contained a battery that has at least 40% of its components manufactured or assembled in North America. Also, this 40% figure would increase to 50% in 2023 and reach 100% by 2028.

Note: who thinks of this stuff!!!

The new act provides significant incentives for low- and middle-income households to electrify their homes by replacing fossil fuel furnaces and burners and water heaters and stoves with high–efficiency electric devices. Thus, if you want a more efficient air-conditioning or heating system, this is the time to get it. The same can be said for upgrading your stove or boiler. The incentive provides a rebate of up to a whopping $8,000 for installed heat pumps that can both heat and cool homes and up to $1,750 for a heat pump water heater alone. Homeowners can also obtain up to $840 to offset the cost of a heat pump clothes dryer or an electric stove with a high-efficiency induction range. Thus, this is the time to consider buying more efficient washers and dryers.

The new act extends affordable care act credits, especially for those earning up to 400% of the poverty line.

The new law provides significant funding for conservation measures with more appropriation to the department of Agriculture. There is new funding to combat climate change to achieve a reduction in carbon emissions.

More assistance to underserved and disadvantaged farmers, ranchers, and foresters.

More money for forest management and the National Forrest Service.

More money to the Environmental Protection Agency and gives at least a standard definition of greenhouse gas.

NOTE: I agree with most of these environmental changes. Even better, they provide credit and incentives to many Americans to use solar or wind, or geothermal energy for their home(s) and cars.

1> Grants are available to states to purchase heavy-duty vehicles such as garbage trucks and school buses with zero-emission vehicles.

2>The bill includes several major water provisions to help with the drought and overcoming future drought in 17 western states and money for domestic water programs in disadvantaged communities.
Note: while I agree with this, I would have liked to see funding for all water facilities and enhanced testing of all water that we drink.

Bottom line: As you can see, unlike the name of this law, there isn’t a huge amount that addresses inflation other than the ability of Medicare to negotiate drug prices. However, there are a LOT of important and good provisions that may apply to many of you such as buying electric cars, new energy-efficient appliances, and buying solar or wind power for your home that can save you a bundle. 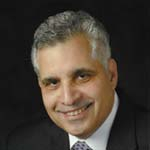 Sandy Botkin
Sandy Botkin is a CPA, attorney, and former trainer of IRS attorneys nationwide. Sandy's books, Lower Your Taxes Big Time!, and "Achieve Financial Freedom: Big Time." is the best-selling tax book at Amazon.com. He lectures all over the nation on tax planning for self-employed and corporate taxpayers... he's been written up in Newsweek and many other magazines. He is also a syndicated writer and noted author of the famed tape series “Tax Strategies for Business Professionals” and “Tax and Financial Strategies for Residential Real Estate.”