“Is The “SLOW WAY” Really The FAST WAY?” by Matt DiMaio

What you’re about to read is likely to be controversial to some.

I believe that if you truly want to go FAST, you must first GO SLOW.

Maybe you’re one of those who will initially disagree, but please give me the chance to make my case.

I know. I’ve heard it all before. Most people don’t get it. How in the world does going SLOW actually help you to go really FAST?

My position may be counterintuitive. However, that doesn’t prevent it from being true!

First, I’ll give you examples from two unexpected reference points that help make my case.

Then, I’ll provide details about how to apply this “Going Slow” philosophy to building a successful network marketing business far more rapidly than you may be doing now.

My first illustration needs a bit of context to provide some credibility.

Aside from being known for my roles as a published author, the creator of a growing YouTube channel (Be Smarter Faster), and a popular public speaker/trainer for more than 4 decades, I’ve also been a professional working musician.

I play keyboards and have performed under a stage name for decades. In fact, I’ve played at shows with many internationally known and eclectic acts: Bad Company, LA Guns, Cypress Hill, George Clinton & Parliament Funkadelic, The Wailers, Everlast, & Black Flag to name a few. I’ve even performed for the Prime Minister of Trinidad… twice.

When playing an instrument where you need to play a very fast passage, the only way to do it well is to first play it painstakingly slow. In truth, you must play it slowly enough that you don’t make a single mistake.

Only after you have installed the “motor memory” in your hands that enable you to play the right notes perfectly, should you begin to add speed.

In other words, if you want to be able to “Shred” and play really fast (and sound good while doing it) you must first go very slow.

A LESSON FROM WYATT EARP

Here’s another, wildly different example of the importance of going slow in order to go fast.

I came across an interview with one of the most famous old west lawmen of all time: Wyatt Earp.  Marshall Earp was renowned for being an impossibly successful gunfighter. Think about it. A mistake as a gunfighter almost always costs your life.

In an interview where Earp explained how he carefully studied the techniques of the very best gunfighters of the old west, he said: “The most important lesson I learned from those proficient gunfighters was the winner of a gunplay usually was the man who took his time.”

He further elaborated: “When I say that I learned to take my time in a gunfight, I do not wish to be misunderstood, for the time to be taken was only that split fraction of a second that means the difference between deadly accuracy with a sixgun and a miss.”

With the drastically different examples I’ve given above, you see the idea of going “SLOW” is a very relative term.

APPLYING THIS IDEA TO NETWORK MARKETING

Now, let’s relate it to building a successful and profitable team of networkers.

Let me start by observing what I see most people doing that is damaging to their end results.

Too many networkers will blast out an email pitching their offer to a large number of potential prospects on their list, or they send out a big group text with a request to click a link to view a presentation.

They think that if they send a sufficiently high quantity the numbers will work in their favor. While that may be true for some, you’d need to start with an enormously large list and be willing to accept having only a tiny percentage respond.

Instead, what I strongly recommend is cherry-picking your email list and sending individual emails one at a time that is slightly customized to each person.

Use their names. Mention something specific about them, so they know it’s not a group email.

Of course, you would keep the body of the email the same from prospect to prospect. But by customizing your message to specific individuals, you are likely to have a much higher response rate.

The same thing is true when it comes to texting or sending private chats on social media.

Create your sales message, but send each one individually. Use your prospect’s name and customize your message slightly, so they know you’re speaking directly to them.

Let them know to expect a call from you. Then, keep your word. Call them.

Even if they don’t answer the phone, leave a message or send a follow-up text that you attempted to reach them. Then follow up again until you actually have a conversation together.

YES… I know. That takes more time and effort than the way you may be doing it now.

Customizing your messages and sending them out one at a time is certainly much SLOWER than simply blasting your message out by email, text, or private chats to everyone on your list.

But the difference can be measured with vastly better RESULTS.

PUTTING IT INTO PRACTICE

For the sake of example, let’s say you’ve only got 100 people on your friends list.

Instead of blasting out 100 identical sales messages all at once, send 10 personalized messages a day for 10 days and then follow up with each person individually.

You’ll establish a stronger connection with a far larger percentage of prospects and wind up enrolling more new customers and reps than you would otherwise.

When you’re prospecting on Facebook and LinkedIn, don’t be in such a hurry to send a sales message to someone who just accepted your friend request.

It is a huge turnoff to immediately get a sales pitch from someone you don’t really know yet as their first message to you.

Take a bit of time to build a relationship. Read their profiles and learn something about them. Ask a few questions and engage in an online conversation with them.

Once you’ve determined there’s some rapport built, then you can broach the subject of your business and begin the recruiting process.

If I’m allowed to read your mind right now, this is what I’m guessing is in your head. You think it’s a lot more work to take the time to build relationships and send individual customized messages to your contacts the way I’ve described.

But, let me ask you this… it’s more work COMPARED TO WHAT?

If you blast out a bunch of messages and get little to no reaction, or the response you get doesn’t convert to sign-ups, then whatever effort you put into broadcasting your message is nothing more than wasted time.

You’re putting in the work but not getting good results.

So, if you’re intention is to build a team and make more sales, then tell me… what’s really the faster way?

Sending out a bunch of generic messages and getting little to no results, or sending out a few personalized messages at a time, fostering a relationship, and then actually signing up customers and reps?

Of course. The answer is obvious, the slow way is really the fast way.

During the holidays in November and December, I received text messages from a significant number of my friends.

Many just sent me a generic greeting. It was a simple “Happy Thanksgiving” or “Merry Christmas”.  A few texted one of those stock images that come with your phone.

However, some actually took the time to use my name or even mention something personal in their message to me.

Look at it from your own point of view. Do you feel any differently when someone takes the extra care to acknowledge you personally, compared to another person who just broadcasts a message to a large group you happen to be part of?

Of course! There’s probably a noticeable difference in how you feel about it.

Remember that point in the future when you send out holiday greetings to the people on your lists.

Taking the extra care to put a personal touch on your greetings will always be received with more warmth and a stronger level of friendship.

THIS FABLE PROVIDES OUR LESSON

We have all heard the old story of “The Tortoise and The Hare”.

During the race between them, the cocky, overconfident Hare was so far out in front that he took a nap. However, the dauntless, persistent Tortoise kept going. By the time the Hare awoke, the Tortoise was so close to the finish line that no matter how fast he ran, the Hare couldn’t win.

The moral of the story is that the race doesn’t always go to the swiftest, but to those who continuously and relentlessly move toward the goal.

When reaching out to prospects and members of your team, take extra care to connect with them personally instead of sending out a blanket message.

You’ll appreciate the measurable differences in your results. Your numbers will be bigger. You’ll have built a deeper, more lasting relationship with your people. You’ll experience lower turnover and a higher retention rate. Plus, you’ll be far more profitable.

Those are all some very worthwhile benefits, wouldn’t you agree?

Remember, the SLOW WAY is often THE FAST WAY. After all, the Tortoise won the race. 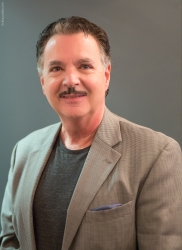 Matt DiMaio
School tells you WHAT to learn, Matt DiMaio teaches you HOW to learn it.

Matt DiMaio is also the creator of the popular YouTube channel: “Be Smarter Faster” where he teaches accelerated learning skills that have helped tens of millions of students and gained an enthusiastic worldwide audience.

Since 1980, he has continued to research, teach, and publish the very best tips, tactics, and techniques that enable students of every age to learn everything and anything faster and better.

Living up to the adage of “Practice what you preach” Matt often recalls the names of everyone in his audience, even when there are hundreds.

Matt got his start in Network Marketing way back in 1976 and has worn many hats in our profession since then. First, as a top personal producer, he became a popular in-demand trainer, was a corporate officer for a handful of companies, he’s consulted with a number of startups, and today is the “Ghost Writer” for 2 highly respected industry legends.

Often called “The EnterTrainer” for his dynamic and humorous approach, Matt’s philosophy is to “Laugh and Learn Your Way to Success”.

He has spoken for audiences as large as 10,000 attendees and at some of North America’s most prestigious venues, including, Caesar’s Palace in Las Vegas, Avery Fisher Hall at Lincoln Center, the Toronto Convention Center, New York’s Waldorf Astoria, Nassau Coliseum, and even at The Super Dome.